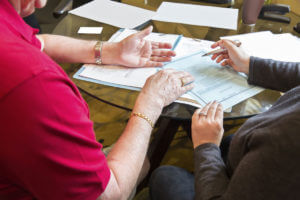 Mr. Prutschi convinced Mr. T to wait before making any decisions regarding his plea to these charges. The crown attorney was asking for a jail sentence in excess of two years and seeking restitution for losses estimated to be over $400,000 U.S.

Mr. Prutschi carefully reviewed the boxes and boxes of disclosure provided in this case and conducted numerous pre-trial meetings with both the assigned crown and judge over the course of many months.

In the end, Mr. T did enter a guilty plea, but rather than go to jail for two years or more and be saddled with a repayment order for over half a million Canadian dollars, Mr. T received a 10 month house arrest sentence and was ordered to repay just over $80,000 CAD (1/2 of which was to be repaid in the first 4 years). With the assistance of Mr. Prutschi, Mr. T avoided the terrible burden of a jail sentence and dramatically reduced the amount of money he was ordered to repay.

Bytensky Prutschi Shikhman offer qualified criminal lawyers who care a great deal about helping and fulfilling needs. Bytensky Prutschi Shikhman will leave no stone unturned while doing everything possible to assist the client. We know how important it is to have the best Toronto criminal defense lawyers when you’re facing serious criminal charges. Call us now to consult with us regarding your criminal case.