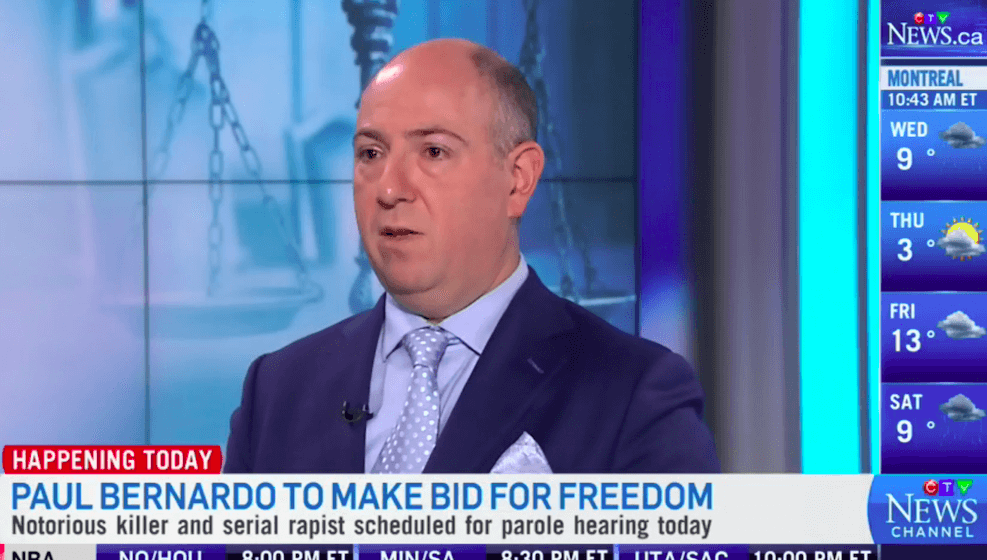 Paul Bernardo brutally raped and killed young teenage girls along with his wife, Karla Homolka. He was convicted on two counts of first-degree murder and two counts of aggravated sexual assault. Bernardo received a life sentence without a chance of parole for 25 years.

Now, Bernardo is making his first appeal for parole. He is seeking “day parole”, which Toronto criminal lawyer Ed Prutschi explains this means he is released during the day and must report back to the prison at night. Prutschi explains it’s common for prisoners to apply for day parole, which is easier to get, in order to prove they can follow the rules and reintegrate into society before applying for full parole.

However, nothing about Bernardo’s case is normal. He is one of the few prisons in Canada to be labeled a “dangerous offender” and was one of the first to ever receive that designation. Prutschi explains that Bernardo had a long history of attacks, most famously known for being the Scarborough Rapist, in addition to his convicted murders. To Prutschi, this shows this is not a man that had a one-time break.

Despite Bernardo having a clean record during his time in prison, Prutschi explains it’s unlikely he will receive parole, which should be a relief to the country.

Other Articles From Edward Prutschi

https://scc-csc.lexum.com/scc-csc/scc-csc/en/item/17804/index.do R. v. Le: What are you rights when it comes to interaction with the police? The Canadian Charter of rights and Freedoms guarantees protection...Read More
View All Articles
0Shares