Mr. Bytensky’s cross-examination of a key witness in a murder trial draws attention.

Witness says he lied on the stand

A key witness for the Crown attorney who watched the execution of Jonathan Chambers admitted he told a string of lies on the witness stand last week because he’s being threatened in prison.

Witness Gregory ‘Shortman’ Millar, of Toronto, a cocaine wholesale dealer who provided “product” to cities all around the Greater Toronto Area, stood in the witness stand and said he lied when he testified Lenworth ‘Blue’ Spence was not at the murder scene.

“I gotta man up,” said Millar, who has changed his story for the third time and now says Spence was at the scene and ordered the killing on March 7, 2007.

Spence, 31, of Brampton is on trial for kidnapping and first-degree murder.

Chambers, 21, was killed after he acted as a middle man and unknowingly handed over $50,000 in fake money to pay for cocaine. He was held captive and when two men nicknamed ‘Wolf’ and ‘Bounty’ failed to return the cocaine they had stolen, Chambers was driven to an isolated area on the 4th Line of Oro-Medonte Township, north of Barrie.

He was ordered out of the vehicle and told to kneel in the snow before being shot five times.

Millar testified that he lied last week because he was threatened by scrawlings in the prison showers that stated: “dead informant.”

But defence lawyer Boris Bytensky insisted Millar is lying because he’s the one who ordered the shooting, not Spence.

“You drove the vehicle that took Mr. Chambers to his execution, right?” Bytensky asked.

“Right, but I didn’t know what was going to happen,” answered Millar, who often went off on long, rambling, meaningless sentences.

“You’re saying you drove from the 407 to Barrie, turned and drove down a country road and didn’t once say, ‘Hey what’s going on here?’” Bytensky said.

“You knew this man was in grave danger,” Bytensky said.

“It crossed my mind,” Millar answered.

“What were you talking about during the 45-minute drive? Didn’t Mr. Chambers ask what’s going on?”

At that point, Justice Peter Howden stopped and asked his own question.

“Sir, I think in the last 45 minutes of a man’s life you would remember something,” Howden said.

“Why not pull over and get help?” Bytensky asked.

“Well, then maybe I would get whacked,” Millar said with a chuckle. “What are you gonna do?”

Millar was originally charged with murder, but cut a deal with the Crown for 10 years in prison for manslaughter in exchange for testifying against Spence.

Two other men who were at the shooting also testified that Spence ordered Andrew Turner to kill Chambers.

Turner admitted he shot Chambers, but cut a deal with the Crown for manslaughter instead of murder, along with a stipulation that he does not have to testify against Spence.

If you need a criminal lawyer because you’ve been criminally charged, get in touch with Bytensky Prutschi Shikhman who will give you the best representation. 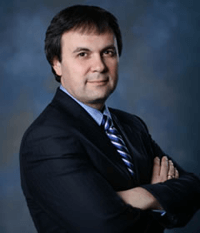 Are you looking for help from a lawyer?