Many Canadians have grown very frustrated with the bail system in the country. They are not alone. Police chiefs have also become increasingly weary of the tireless routine of having to arrest the same criminals because they were out on bail.

Also, political leaders belonging to various stripes are now making pledges to try to reform the bail system. However, what does this reform mean? What is the purpose of bail?

Noted Toronto based criminal lawyer Edward Prutschi discusses these growing concerns. He explains why we need the bail system and why we need to proceed with caution when making any changes.

A Quick Look at the Revolving Door Bail System

Innocent until proven guilty. This is the mandate given by the legal system we run in Canada. This means that until an accused person is proven guilty by trial, such a person is presumed innocent. However, this system also means that accused persons can walk free after being arrested via bail. This has opened the doorway for a frustrating problem informally referred to as the Revolving Door bail system.

The revolving door bail system means that arrested suspects can be quickly released on bail after they have been processed into the system. However, recent upturns in crime rates in Canada have lead to the perception that a considerable percentage of the people released on bail often commit another crime and have to be arrested again. Hence the term, “Revolving Door” bail system. It’s a systemic cycle that never seems to end.

Increase in Frustration At the Bail System

The revolving door bail system may mean that many more criminals get out immediately after they are arrested. However, it also means that innocent people have the time to mount a successful defence from outside the walls of jail.

Despite this, many Canadians and Police Chiefs alike seem to have had enough. Toronto Police Chief Mark Saunders seems to think the bail system is broken. He has made references to a situation earlier this year when his officers were shot at by an offender out on bail.

According to him, in August and September, over 53 individuals arrested on firearm offences were released on bail and arrested again for a different crime. This situation has led to citizens worried about public safety calling for a change.

What is the purpose of bail, according to Edward Prutschi?

Edward Prutschi is a senior criminal lawyer with years of experience defending criminal cases. According to him, the perception that we are soft on bail is not necessarily the right one. Prustchi notes that bail in itself is not a sentencing process. In a way, it’s both for guilty and innocent people since everybody has a right to it. Everybody arrested for a charge that has not yet been proven is eligible for a bail hearing.

That’s not all. The Canadian legal system is operating at capacity. Criminal cases can take up to 18 months before they come to trial. What then is the system to do? Remember that everybody is innocent until proven guilty. Do we keep a presumptively innocent person in jail for up to 18 months? Or do we ask the person to wait under stringent conditions and come back to court when the system is ready for them?

Bail is what the latter option entails. This is why a huge percentage of people have the freedom to leave jail on bail after an arrest. During a bail hearing, the government tries to make a case that the accused be remanded in custody until trial. The decision to grant bail is based on whether the accused is deemed to be a serious flight risk or risk to public safety. In most situations strict conditions, monitored and enforced by a close friend, family member or co-worker (known as a “surety”) can create sufficient assurances to alleviate the public safety and flight risk concerns.

The default position on most bail hearings places the onus on the Crown Attorney to prove why a person should be detained while awaiting trial. However, there are exceptions to every rule. When facing certain offences, or under certain conditions, that burden changes and it becomes the responsibility of the accused to prove why he or she should be granted bail. Regardless of whether the burden is on the Crown or the defence, a Judge or Justice of the Peace will be considering the evidence and the plan of release proposed by the accused to determine whether bail should be granted.

Prutschi notes that whether you view the bail system as a ‘revolving door’ or an important constitutional right, depends on the end result of a case – something you cannot possibly know until the trial is completed. For an accused who ends up being convicted of a serious crime and earns himself a long stay in jail, the luxury of a quick bail might seem unwarranted. But for the accused who waited months to have a trial that established their innocence, bail is the only thing that stands between such a person and financial ruin combined with catastrophic consequences to their family.

The conundrum Facing the Legal System – Why we have to be careful with any changes?

Edward Prutschi accurately describes the conundrum facing the Canadian legal system. Any tweaks to the Canadian bail hearing system in a bid to beat the “revolving door” must avoid increasing the number of innocents that have to sit in jail awaiting trial. It also has to do a better job of risk assessment. It has to be able to assess people that are most likely to commit another crime and keep them in jail. That’s not an easy feat to achieve.

The question most Canadians should be asking is, how can we make it easier to conduct a fair and accurate risk assessment that grants bail only to those people who will not threaten public safety while awaiting their trials? This is a tough question to answer. A lengthy criminal record doesn’t always mean guilt. This misuse of this system may even allow police to round up the “usual suspects regardless of guilt.”

The bail system is not a perfect one but nor is it so flawed that is deserves being disparaged as a ‘revolving door’. Solutions will require robust and accurate data and smart measured changes that are not reactive to any single statistical blip or case. 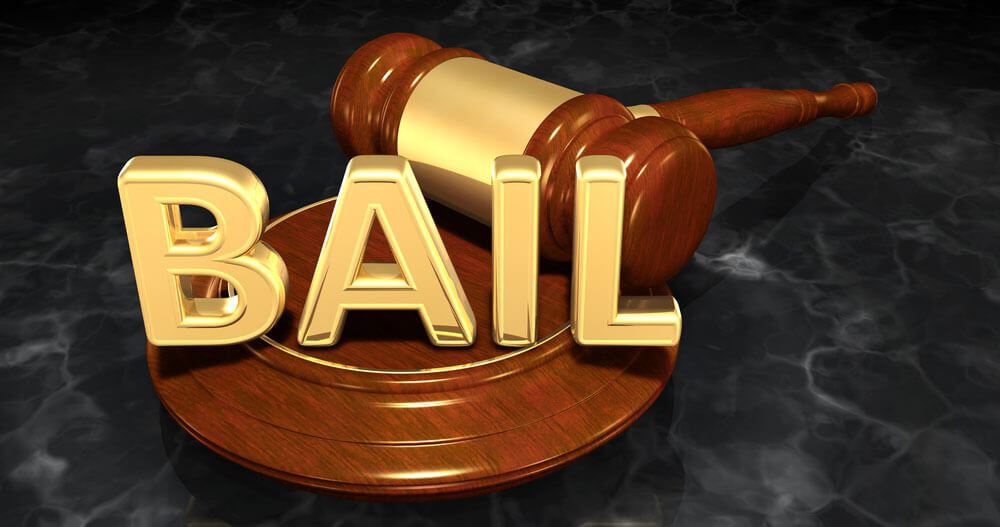 What Does Bail Mean In Canada

Father Of Ontario Girl Found Safe After Amber Alert Won’t Be Charged, But Should The People Who Raised The Concern Be?